The Foundation for the Promotion of the Equestrian Sports, sponsored the Technique and Style testing organized by LUAL and held at the Club de Campo Villa de Madrid, the past 12th and 13th of November where a large number of participants were given an appointment to compete in the category of 2 *(two stars), both Saturday and Sunday. 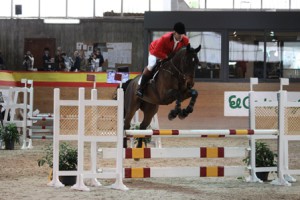 The ranking on the 12th for the 2*(two stars) category was:
• In first position, competing with Chihuaha (the horse), Mercedes Cimarra Cervera.
• Second place went to: James Rochas with K-Gin Jim.
• And third place for: Maite Romero riding Baccio. 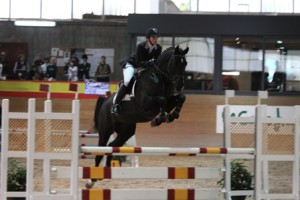 On the 13th for the 2*(two stars) category, the ranking classified as follows:
• First place: Jesus Varela with horse Oklahoma.
• In second place: Mercedes Varela Cimarra with horse Chihuaha.
• And a third for: Lucía Muñoz Iriarte with horse Blackslide Sirioso.
The winners of each competition received, for their merits and good work, different prizes in metallic, as well as ribbons and blankets for their horses.
The Foundation for the Promotion of EquestrianSports, has been collaborating for years with LUAL in organizing these technique and style testing, promoting the sport among young riders and helping them with a better training.