On the past 18th, 19th and 20th of November, we celebrated the II Jumping Clinic, aimed to young riders and taught by Luis Alvarez Cervera at the Sotogrande Equestrian facilities in Cadiz. Under the sponsoring of the Foundation for Promotion of Equestrian Sports and the collaboration of the Andalusian Equestrian Federation, a total of 20 participants aged 14 to 21 attended the course, divided by ages and levels, in 5 different groups.
Classes began on Friday the 18th at 15:00hrs, ending at 21:30hrs, after the completion of some firm and laboratory work to check the level of the students. At the end of the class the path for the next day’s work was arranged under the direction of Luis Alvarez Cervera. 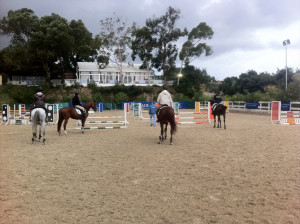 On Saturday the 19th, classes began at 10:00am, starting first with a warm up to then perform different exercises for the obstacles control, finishing with paths at different heights, depending on the level of each group. At 14:15h there was a symposium lunch where horsemen had the opportunity to talk with Luis Alvarez Cervera and ask questions about the exercises performed. 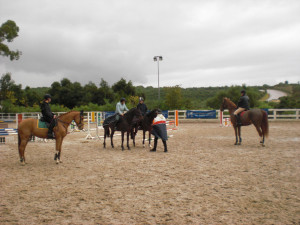 On Sunday the 20th, the last day of the course, due to the rain and for consequent poor condition of the track, the class was theoretical as per the request of the students and the professor himself. Thus, we started as planned in the program for the day, keeping the groups and times established providing material to students to take notes.
To finish up the clinic, the students received a diploma from the hands of Luis Alvarez Cervera, who credited his participation in the course.
Also, he pointed out to the teachers and students their strengths and weaknesses, in order for them to work on and improve them. 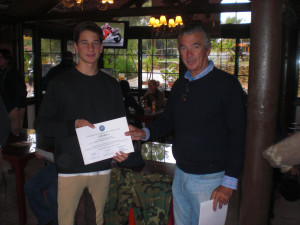 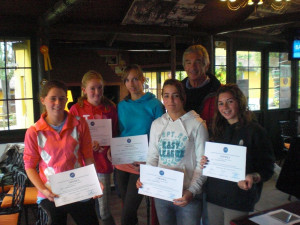 The final assessment, by both faculty and participants, has been highly satisfactory.
The Foundation for the Promotion of Equestrian Sport s focuses much of its work in the continuous training of the new generations, considering it the best way to progress in the riding world.