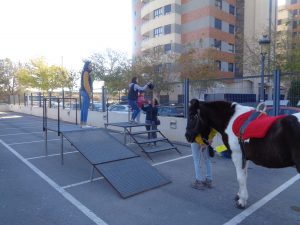 To bring equine therapies closer to schools Unión de Torrente and Profesor Sebastián Burgos (either because their students are impaired to travel to the riding centres, or because they have no knowledge about them), ASETE conducted equine therapy sessions during three hours at each school, on June 8th and November 17th. The sessions were attended by 35 children in Primary Education level at Sebastián Burgos School, aged from 6 to 12, most of them with physical diversity, and 28 other children aged from 3 to 17, 85% of them with more than an 80% degree of disability (22 of them on wheelchairs). 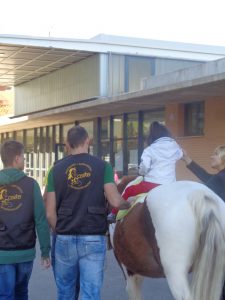 The strive to bring equestrian therapies closer to schools so they can include them in their activities, and the promotion of awareness of their values among target users, are part of the mission of FPDE, and the reason for its cooperation with ASETE. 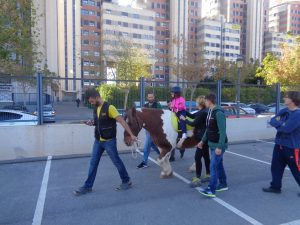