The past November 20th, The Foundation for the Promotion of Equestrian Sport celebrated the 2015 Gala Dinner where it has awarded both the individuals and the entities that during the past year have excelled in the fields in which the Foundation operates.
The Gala, which the Foundation annually celebrates, marking the end of all the season, took place at the Royal Theater in Madrid, and welcomed the attendance of 200 guests. 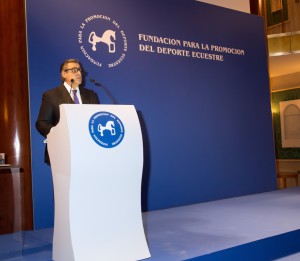 La Real Maestranza de Caballería de Ronda received the award in the field of vocational training for their excellence in equestrian training, that taught in their own facilities, where it is possible to pursue studies of saddlery, assistant veterinary clinic, rider, groom, etc. In his name, Juan Heredia Díaz del Riguero, director of the School, collected the award. 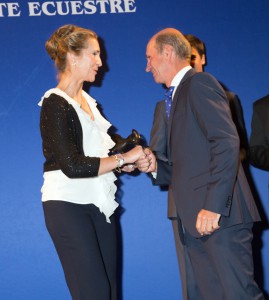 In terms of Therapeutic Riding, The Foundation for the Promotion of Equestrian Sport, recognized the Centro de Educación Especial Nuestra Señora de la Aurora. This institution, through its Association, Aprosuba 9, has developed a great job for the past nine years in the integration of persons with different disabilities through therapeutic riding, counting on the support of our Foundation through various agreements of collaboration. Mr. Pedro Calderon Rodriguez, President of the Association Aprosuba 9, was commissioned to collect the award. 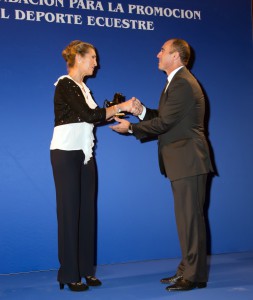 Finally, in the sport field, Juan Matute Guimón was recognized for its sporting achievements, and for winning the title of European Junior Champion in Dressage in Aachen (Germany) who, despite his youth, treasures numerous prizes in international competitions both sides of the Atlantic and, in particular, of his participation in the Championship of Europe in its category, where he earned the individual gold medal for Spain, proclaiming Champion of Europe in this discipline. 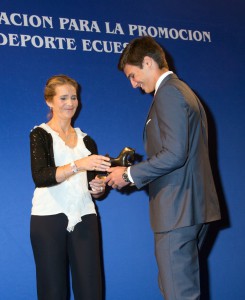 To conclude the previous recognitions, The Foundation for the Promotion of Equestrian Sport handed the Honorable Mention to Mr. Fernando Martinez de Albornoz y Bonet. 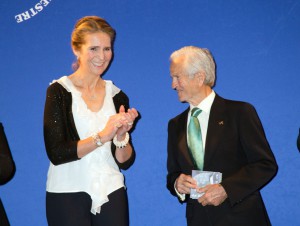 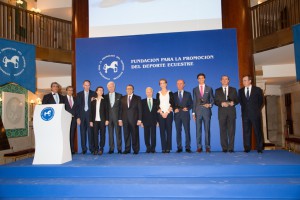