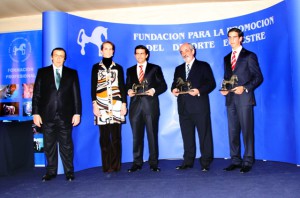 Mr. Manuel Añón Suárez was awarded for his gold medal in the European Championship for Jumping in the Junior Category. Thereby increasing, despite his youth, his sporting success with his already achieved Championships in Spain in the Infant, Cadet and Youth categories. 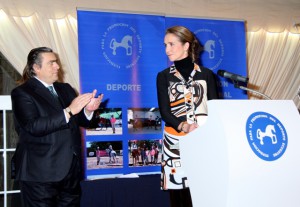 The Carriegos de León Foundation was distinguished with the award in the field of social responsibility, thus being recognized for their excellent work.
​The Foundation for the Promotion of Equestrian Sport thus wanted to make clear the work undertaken at El Caserío Equestrian Center, where students with different disabilities practice Equine therapy. 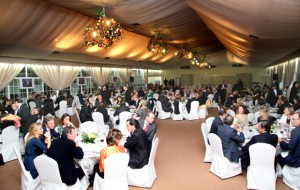 The work of the Spanish Association of Equidae Veterinary Specialists was also awarded in the field of Professional Training, since their different courses and conferences are notorious, thus leaving evidence of their more than thirty years experience in favor of the Sport horse.
Its President Mr.  Pablo Adrados de Llano received the award.