Fundación para la Promoción del Deporte Ecuestre has collaborated with the Royal Spanish Equestrian Federation to carry out the celebration of the II National Para equestrian Conference, a project for which they had already joined forces in order to move forward with the first edition in November of 2013.
This Second edition was held on 13th, 14th and 15th February 2015 at the premises of the equestrian centre of Castilla y Leon (Segovia). 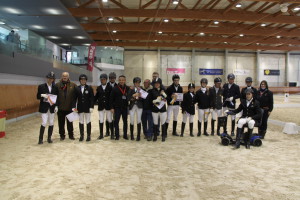 Backed by the success of the event’s first edition, this Second Meeting of Para equestrian Taming has further increased their impact, going from 67 participants in 2013 to 85 this year (29 horsemen and 30 horsewoman, 4 judges, 13 commissioners, 3 medical staff and 6 people attending as reporters). These numbers confirm that this event is the most important celebrated up to date in Spain.
The purpose of these meetings was to focus not only on helping the progression of the pairs that are at a higher technical level, but also to detect new pairs, providing information so that institutions and centres can integrate adapted sport into their facilities as well as the professionalization of the technicians related to the discipline of Adapted Dressage. 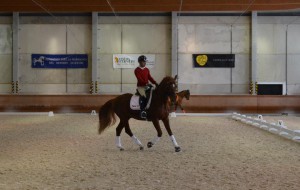 The Conferences included both theoretical and practical training courses in each of the training areas and a round table of all attendees including an official CPEDN * on Saturday, counting towards the Spanish Adapted Dressage Championship 2015.
With this collaboration, Fundación para la Promoción del Deporte Ecuestre continues to support initiatives that promote training in the para equestrian disciplines, pursuing not only its momentum and recognition, but also the approach to sport for people with disabilities. 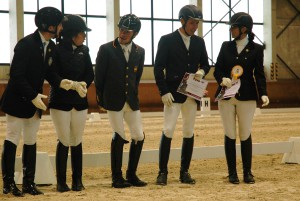