The 2010 Merit Recognition Act that The Foundation for the Promotion of Equestrian Sport   organizes since 2006 was celebrated on the past November 24th,to reward the people and the entities that have excelled in the fields in which the Foundation operates.
​The Gala, that marks the end of year season, welcomed more than 200 guests in the Equestrian Tent of the Campo Villa Club in Madrid. 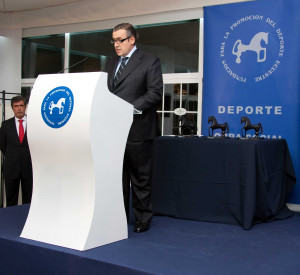 In the field of sports, The Foundation for the Promotion of Equestrian Sport has distinguishedMr.  Ramón Beca Borrego, owner of the “Yeguada Ramón Beca” (Ramón Beca Stud), in which they have raised numerous sport horses that have taken part in major international competitions in the mode of Equestrian Eventing for his dedication to this sport and, in particular, by the result obtained by the Nereo horse that, in the last World Equestrian Games in Kentucky held in the month of October, has obtained in the aforementioned mode, the individual bronze medal and by teams. 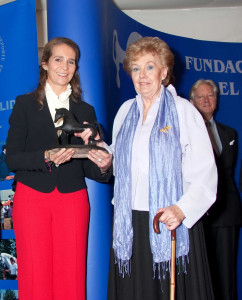 In the field of social responsibility, Ms. María Ernst Traut was awarded for her contribution to the world of therapeutic riding over a lifetime, having been a pioneer of this field in Spain, performing activities in different equestrian centers and publishing several books on Hippotherapy, advance party in our country in this field, achieving that at present, they are bedside books for the new generations. 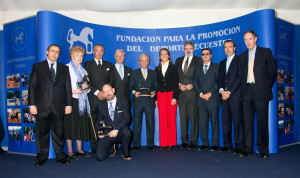 In terms of Professional Training, Mr. Hans Castelijns, received the award for his work on the biomechanics of the horse, that began his studies of farrier in 1985 in Utrecht,  reaching the “cum laude” when he finished his Bachelor’s degree at the Veterinary School of Perugia in 1998, devoting himself as from that date, to the dissemination and knowledge of the subject through various European universities and teaching specific courses to improve the professionals and especially for his collaboration with the Foundation in 2010 in the courses he had organized, aimed at farriers and veterinarians that have taken place in La Coruña, Barcelona, Seville and Madrid.