The Foundation to Promote Equestrian Sports supported the Nazareno Center of Equestrian Therapies (CNTE) of Dos Hermanas (Seville), to carry out a social integration program through equestrian sports; this is our fifth collaboration since year 2009. 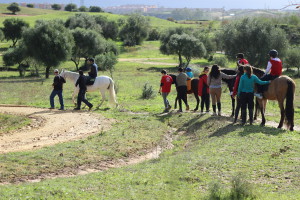 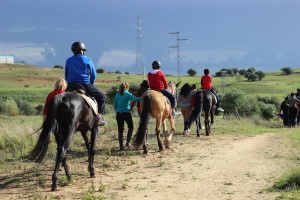 The program was attended by users coming from the Asordos Association, Association of Deaf People of Dos Hermanas, and was held between 15th September and 15th December 2014. 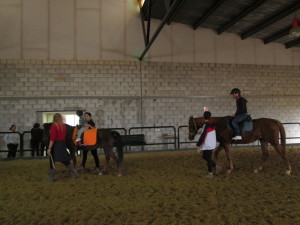 10 users took part in the sessions. They were mainly diagnosed with hearing impairments, although some of the children also had other associated needs, mostly developmental delay.
The general goal sought by this program was to prevent, restore and enhance the physical, mental and social health of the people at whom it was aimed, helping them to adapt and function as effectively as possible within their physical and social environment. 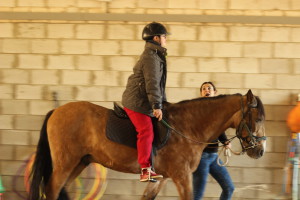 Through this collaboration, the Foundation to Promote Equestrian Sports once again provided support for those who have more difficulties in accessing equestrian sports, giving them the chance to go beyond their limits and improve their quality of life.