The Foundation for the Promotion of Equestrian Sport collaborated one more year with the Environment Association of Doñana which is already their third project in common: the 2014 School of Equestrian Integration. 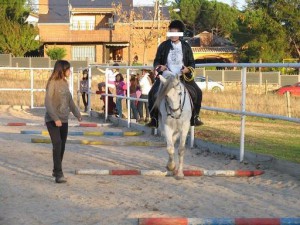 This program, which has been under development since 2012, always with the support of the Foundation, is created as a result of the increasing number of children and adolescents with attention deficit disorders and hyperactivity disorders (ADD and ADHD) and other mild disabilities that find it difficult to interact with peers and to integrate themselves in classes and routes in the horse riding center. 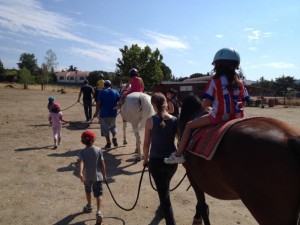 The School of Equestrian Integration was developed in 20 weekly sessions of 90 minutes. Once made, and in addition to the objective of social integration of the participants, a prom party was held, to which family members, friends and volunteers of the Association were invited.
Thanks to the knowledge acquired by the students who had participated in previous editions, as well as the quick adaptation of the new ones, this course has been able to expand and deepen the practice of riding as such, performing tumbling exercises, dressage classes and walks of longer duration and difficulty. 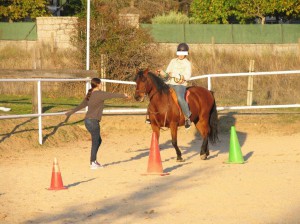 With this program, The Foundation for the Promotion of Equestrian Sport continues to support the social integration of people with disabilities or at risk of exclusion, reaping very positive results that further encourage this line of work.