On December 2nd, the Foundation for the Promotion of Equestrian Sports celebrated the Merit Recognition Act 2016, awarding persons and institutions that during the past year have stood out in the association’s fields of action.

Before the awards ceremony there was a cocktail party and a dinner for 160 guests, in the restaurant at the Royal Theatre. 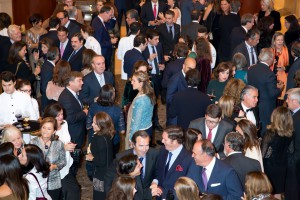 In Therapeutic Riding, Mr. Blas Arróniz Úzqueda received an award for his more than 20 years of professional activity in the field, developed at Special Needs Education School El Molino and at the Navarre Federation of Adapted Sports, with which the Foundation tor the Promotion of Equestrian Sports  has held cooperation agreements for over 10 years. 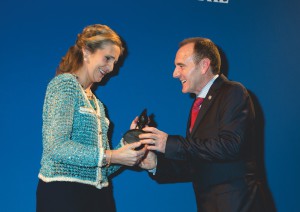 In the field of professional training and Horse Wellbeing, the Foundation for the Promotion of Equestrian Sports has awarded Ms. Coby Bolger Wilson and her team for their research on gastric ulcers on the sports horse, which has helped providing scientific evidence on the importance on their prevention, of providing a suitable treatment, nutrition, and of lifestyle and keeping in the case of non glandular ulcers. 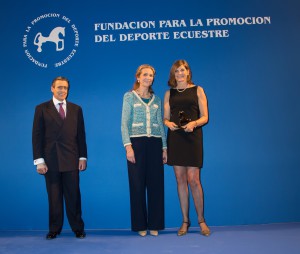 Last, in the Sports Field, the Foundation for the Promotion of Equestrian Sports awarded the prize to Beatriz Ferrer Salat  for her broad professional career that has given so many triumphs to Spanish Classical Dressage. She is the most awarded sportsperson in European Championship and Olympic Games in her discipline, with makes her the sportsperson with the best sports record in Olympic disciplines in the history of Spanish Horse Riding. This award also gives recognition to her constant work, as an example for the future generations. 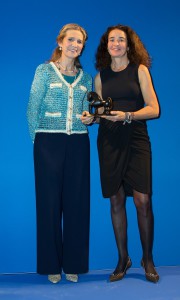 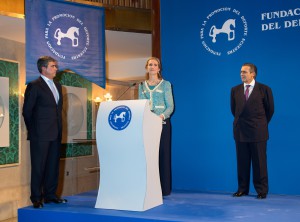 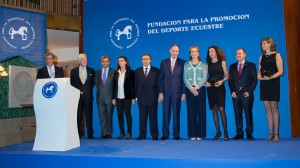