The ONCE Foundation and Foundation for the Promotion of Equestrian Sport organized, on May 5th of 2016, the first information conferences about the «Equestrianism as an Educational Resource». On representation of both foundations attended to the event  H.R.H. Mrs. Elena de Borbón and Mr. Javier Valiente Romero, Mr. José Luis Martínez Donoso, Mr. Jesús Hernández Galán. 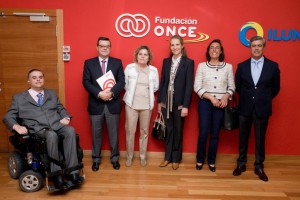 To this conferences have gone a total of 45 people linked with the equestrian therapies world, as well as practitioners, teachers, therapists or family members, students, or simply have an interest in completing their knowledge in this field.

The activities programme was composed of conferences and round tables. The first conference was given by Raquel Valero Alcaide, medical specialist in rehabilitation and Co-Director of the Complutense University of Madrid expert in therapeutic riding course, focusing on the benefits of the equestrian sport in the education and rehabilitation of people with disabilities. 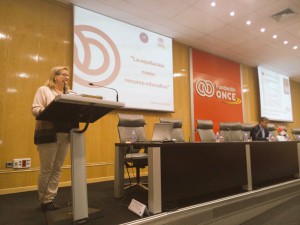 In the second conference took part 3 speakers: Mercedes Jiménez Horwitz, technical sports in riding level III of the Royal Spanish Equestrian Federation, an expert in therapeutic riding and President of the “Caballo Amigo” Foundation of Madrid; Luis Cuenca Rodriguez, postgraduate nurse in therapeutic riding and hippo-therapy, and Tiovivo Fundación President of Murcia, and also Blas Arróniz, Professor at the “C.E.E. El Molino” of Pamplona, and President of the Adapted Sports Navarre Federation.

All of them deepened in the experience of the schools centers in relation to the amount of possibilities that the horses offer to its users, especially in the case of decreased physical, mental or sensory. 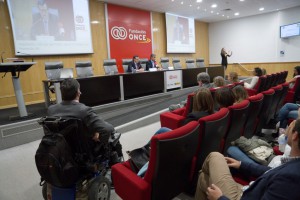 In a more relaxed atmosphere propitiated by the two round tables and the coffee-break, the speakers and attendees could participate and interact with each other, establishing connection points that allowed them to resolve doubts and tackling the issue that each one could estimate of greater interest. Each round table had a specific focus: the first one was to show the scientific evidence about the riding use as an educational resource, its present and its future, while the second was based on a meeting between the attendees and the educators. 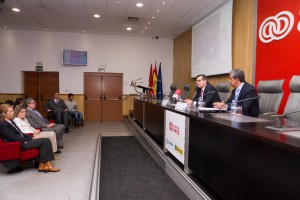 Through the organization of events such as this first information conferences about the “Equestrianism as an Educational Resource»», the ONCE Foundation and Foundation for the Promotion of Equestrian Sport seek the impulse and the consolidation in the national level of all the sporty and therapeutic riches offered by the horses, promoting the knowledge among all those collectives that may be specially interested and motivating its practice. 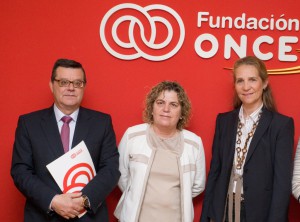