The seventh cooperation agreement between Fundación para la Promoción del Deporte Ecuestre and Federación Navarra de Deportes Adaptados is based on the promotion, for the third year in a row, to the Adapted Riding Workshop organised by the Federation. 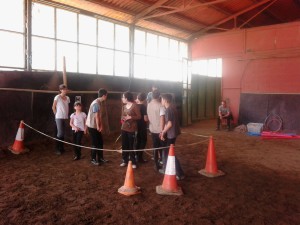 During May and June 2016 there were 8 sessions, one hour each, in two rounds of 5 participants, to work on riding technique.

Sessions were scheduled out of school time to favour the social inclusion of other users of the Riding Club facilities, with or without diversity, who attended the premises while the workshop was being conducted. 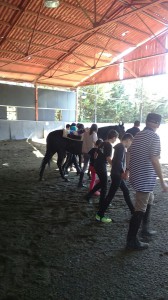 Fundación para la Promoción del Deporte Ecuestre wants to ensure the continuity of sports initiatives that promote the inclusion of people with diversity within ordinary sports and leisure spaces, and for this reason has supported the workshop conducted by Federación Navarra de Deportes Adaptados. 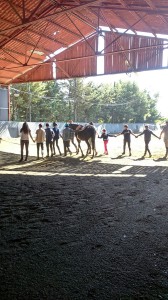