In the 2019 Merit Awards Ceremony held at the Royal Theatre in Madrid on November 29th, Fundación para la Promoción del Deporte Ecuestre gave recognition to individuals and entities that in the last year have excelled in the areas in which the Foundation develops its activity. There was also a tribute to the figure of Mr. D. Germán López Madrid, and for the first time, the presentation of the Infanta Doña Elena Award to the Spanish-American Community, in therapeutic riding. 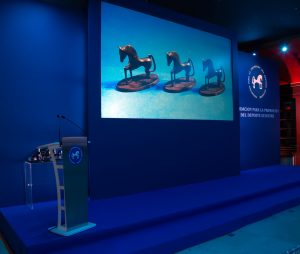 The Gala, hosted on this occasion by Michi Primo de Rivera, began with a video of recognition of the important work done during all these years by its Founder and President Mr. Germán López Madrid for the growth and consolidation of FPDE, and H.R.H. Infanta Doña Elena, as President of Honor of the Foundation, addressed a moving speech. 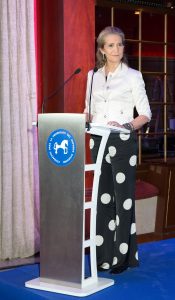 The Ceremony was attended by numerous guests who enjoyed a pre-award reception, and a cocktail in the Theatre restaurant as the closing pin to the Gala. 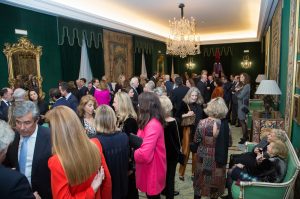 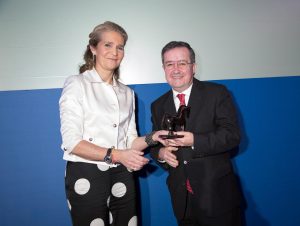 In the Sporting field, the Spanish Obstacle Jump Team in the Junior category was awarded for their excellent performance at the European Championships held from July 12th to 14th in Zuidwolde, Netherlands, were they classified for the Team Gold Medal. 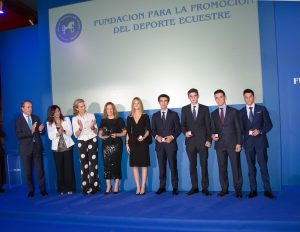 In the area of Professional Training and Horse Wellbeing, the awardee was the Centro de Medicina Deportiva Equina (CEMEDE) for its research work about sport horses and their use in the production sector. 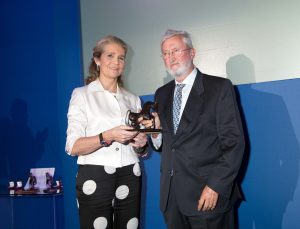 For the first time, Fundación para la Promoción del Deporte Ecuestre has introduced the Infanta Doña Elena Award to the Spanish-American Community, gone to la Fundación Internacional de Caballistas y Actividades Ecuestres FICAE, for the comprehensive character of their project and its similarity with the objectives of the Foundation in our country, but also for being a reference in the development of Equestrian Therapies in Mexico and throughout Latin America. 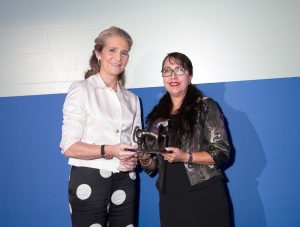 The awards were presented, as usual, by H.R.H. Infanta Doña Elena, who congratulated the winners and thanked the assistance and collaboration of the patrons of the Foundation, as well as the sponsors. 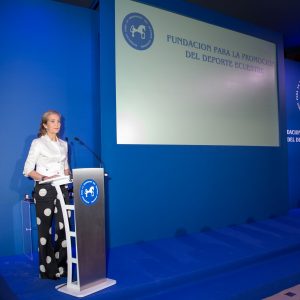 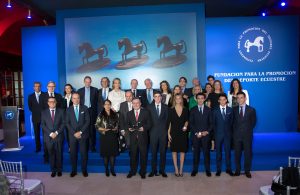