Fundación para la Promoción del Deporte Ecuestre celebrated last December 1st, the ceremony of Merit Recognition Act 2017, awarding persons and institutions that, during this last year, have stood out in the different fields in which our Foundation is active. 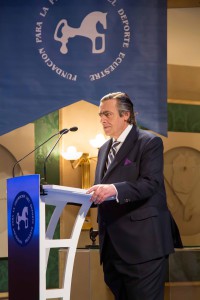 The ceremony, held annually by the Foundation as the closing event of the season, was celebrated at the Royal Theatre in Madrid, with the attendance of many guests who enjoyed a cocktail before the Awards, which were followed by a formal dinner in the Theatre restaurant. 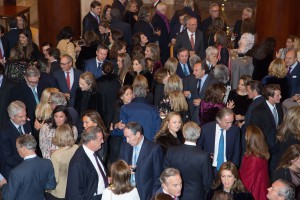 In the field of Therapeutic Riding, ASPACE Baleares received recognition for their work conducting equestrian therapies, at their own centre, oriented to persons suffering from cerebral palsy. Beneficiaries have been both members of the association, and other non-related users, through the agreements signed with Fundación para la Promoción del Deporte Ecuestre during the last five years. 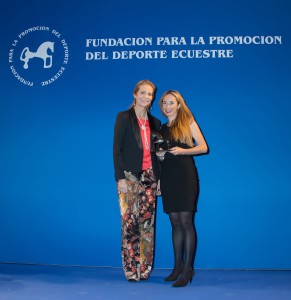 In the area of Professional Training and Horse Wellbeing, Fundación para la Promoción del Deporte Ecuestre awarded Mrs. Mar de Echevarría Ruiz-Oriol, horse therapists, and Mrs. Marta García Piqueres, veterinarian, who form Equidinamia Fisioterapia Equina, for their clinical day to day work assisting a high number of horses, and specially for their educational courses on different issues related to the health of sports horses, held in cooperation with this Foundation. 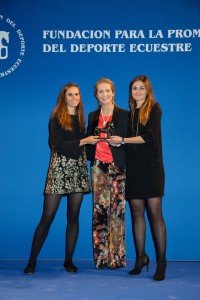 Last, Fundación para la Promoción del Deporte Ecuestre gave the award in the Sports Filed to the horseman Mr. Luis Astolfi Pérez for his brilliant career in competition, having participated in four Olympic Games, three European Games, in 23 editions of the Nation’s Cup, and a record of over 2.000 prices in all types of competitions and games in different disciplines, what makes him an example for the future generations to follow. 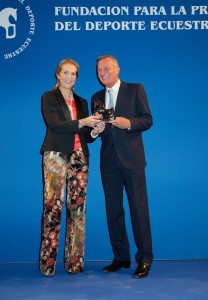 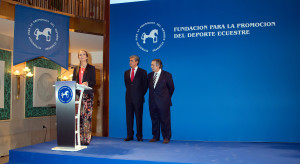 Word of Thanks from H.R.H Infanta Elena, accompanied by the Foundation’s President, Mr. Germán López Madrid, and the Director-General , Mr. Javier Valiente Romero.