The Foundation for the Promotion of Equestrian Sport continued this year supporting the Navarro Equestrian Games in its sixteenth year, organised by  the Navarra Federation of Adapted Sport.  Its the second time that our organisation supports these games and the fourth collaboration with the FNDA.
In addition ,in  the framework  of this activity, a School of Adapted Equitation was developed, with the purpose of helping the sport and the leisure that comes with it. 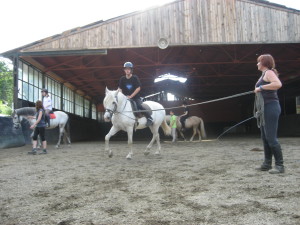 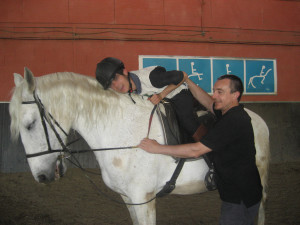 The XVI Navarra Riding Games were held between April and June 2013. There were 225 riders from 12 Navarra clubs who were involved in the activities,  enjoying the 4 days, for two hours each, in different riding schools of the community.
In this framework the School of Adapted Riding was developed, establishing their sessions  out of the school/working timetable that favoured the pupils social inclusion, allowing them to participate in the same riding school and at the same time as people with and without disabilities.
To carry it out the organisation of 8 sessions of one hour each  during the months of  april and may, in two batches of maximum 5 participants  in each. 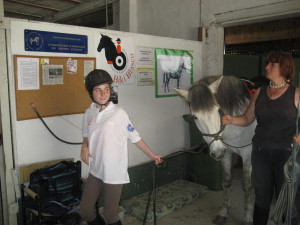 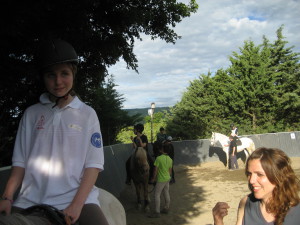 Apart from the physical activities, the riders had the opportunity to carry out cleaning and care of the horses, as well as the use of another room where they could carry out other work.
With this collaboration The Foundation for the Promotion of Equestrian Sport not only promotes an activity that promotes motor improvement, but also achieves a complete change of attitude and improves self-esteem for every one of the participants.