THE FOUNDATION FOR THE PROMOTION OF EQUESTRIAN SPORTS, AWARDED IN THE NATIONAL SPORT AWARDS OF 2010

The Sports Council recognized the work of the Foundation by granting them with the Olimpia prize.
On Tuesday February 1st, the National Sports Awards 2010 were called by the Sports Council, to distinguish athletes, associations and other entities that have excelled in their support and promotion of the sports. 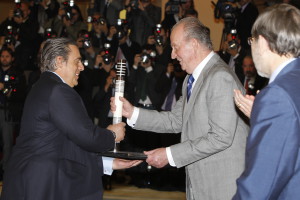 The Olimpia award honors those who by acting on their own sport or promoting the activity for others, have been especially prominent in the dissemination and improvement of sports activities among people with disabilities. 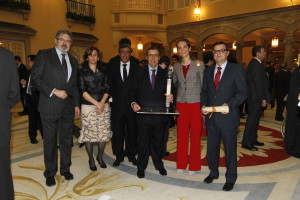 This recognition motivates, specially, the Promotion of Equestrian Sports Foundation in its commitment to bring the equestrian sport to disadvantaged people.
Among the winners in the 2010 edition are athletes Edurne Pasaban, Jorge Lorenzo, Marc Márquez, the Spanish National Football Team and Manuel Santana among others. The Andalusian Football Federation, the International Championships of Spain Organization «El Espinar,» the City of Leganés, Camilo José Cela University and the advertising agency Villa Rosás complete the list of winners.