The past November 25th, The Foundation for the Promotion of Equestrian Sport celebrated the 2011 Merit Recognition Act for people and entities that have excelled in the fields in which the Foundation operates.
The Gala, which the Foundation annually celebrates, marking the end of the season, welcomed 200 guests who attended the Royal Theater in Madrid. 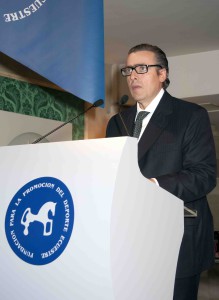 With regard to Professional Training, the Foundation awarded Mr. Roberto Abitbol Bencimón for the work exerted in the field of equine osteopathy and homeopathy and conducting various conferences in the Universities of Lugo, Córdoba, Cáceres, Zaragoza and Valencia. 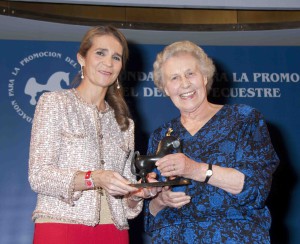 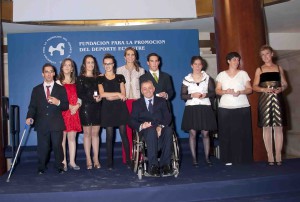 For her invaluable work in the area of therapeutic riding and promoting equestrian sports, Ms. Jonquil Solt has earned the award for social responsibility.
Her 46 years in the world of riding back her up, being a benchmark in the field, receiving numerous awards and recognitions throughout her career as well as the OBE distinction awarded by Queen Elizabeth II of England. 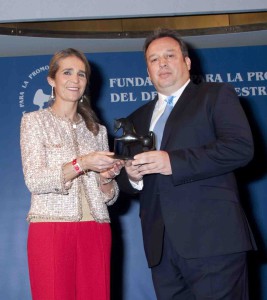 The Foundation for the Promotion of Equestrian Sport also wanted to recognize the efforts and dedication made by the members of the Para-equestrian Teamin international competition, in order to qualify and represent Spain at the 2012 Summer Paralympics in London, handing out to each, the silver badge of the Foundation.