Fundación para la Promoción del Deporte Ecuestre and Equitalia Valladolid have signed their 2nd cooperation agreement for the donation of an adapted ramp to be used in the latter’s equestrian therapy sessions and training programs. 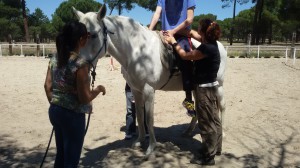 The first activity in which the ramp was used was a lecture course on Equestrian Therapies held on April 13th for the 7 members of the educational team at Asociación Vallisoletana de Protección de Autistas. This event was followed by two days of equestrian activities, on April 27TH and 28TH, during which 20 members of the association could put into practise what they had learned in the course. 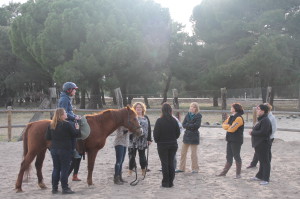 Training focused on horse behaviour and handling, user support and team building, both in and out of therapy sessions. The acquisition of the adapted ramp, with the support of Fundación para la Promoción del Deporte Ecuestre , has improvedsafety in the access to the horse and the training and therapeutic equipment.