The past November 15th the Foundation for the Promotion of Equestrian Sport held, during its annual gala, a Merit Recognition Act for people and entities that have excelled, during 2007, in the fields in which the Foundation operates. 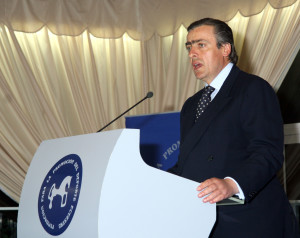 In the field of sport, Mr. Luis Álvarez Cervera was awarded for his sporting career, who has to his credit 7 Olympic participations, including 5 in the form of Obstacle Jumping and 2 in Equestrian Eventing, plus 10 Spain Championship titles between the 2 disciplines, as well as 2 participations in World Championship for Jumping.
In terms of Professional Training, the Alfonso X El Sabio University received the award, because of the importance that from its Faculty of Veterinary Medicine are providing the sport horse and especially for the work carried out in the Clinical Veterinary Hospital, enabling the most complex veterinary practices by having the most modern facilities. 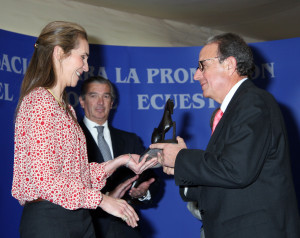 In terms of social responsibility, the Foundation for the Promotion of Equestrian Sport awarded Ms. Raquel Valero Alcalde for her continued dedication over the last years as Head of the Physical and Rehabilitation Medicine Department at the Complutense University of Madrid and for her work of disseminating equestrian therapy within the medical profession both nationally and internationally. 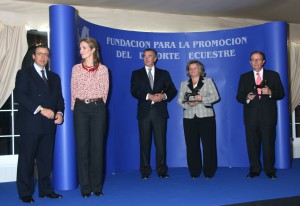 The Foundation for the Promotion of Equestrian Sport, who despite its youth is having a great significance in the equestrian world, has the invaluable support of H.R.H. Infanta Elena, who gave hereby awards to the winners.