The third Collaboration Agreement betweenFundación Para La Promoción Del Deporte Ecuestre and the Emoticanimal Association was held to support its “Crines Teraprapeuticas III” (“Therapeutic Manes III”) program , to which it had already contributed in previous editions. 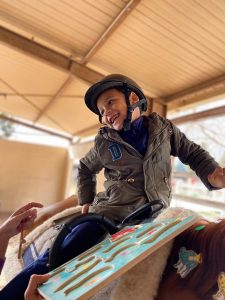 During 6 sessions of Equine-Assisted Therapies, 3 users between 6 and 9 years old tested both their cognitive and social skills, as well as other motor areas related to psychomotor skills. 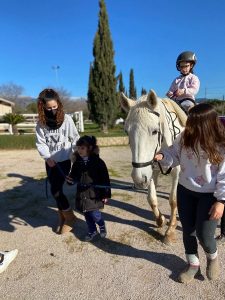 The interaction with the horses was very effective since users do not present verbal communication, they demonstrated their communicative intention that was unlocked through non-verbal codes such as signs and gestures. 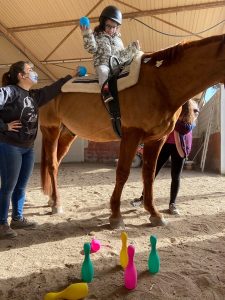 The users presented a high level of participation and a good state of mind throughout the therapeutic process, making it easier to carry out the objectives proposed by the Emoticanimal Association, as well as those of Fundación para la Promoción del Deporte Ecuestre. 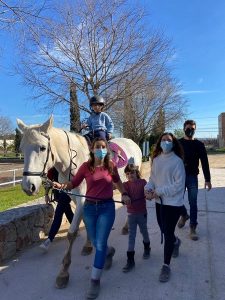